Club History
The Rod and Wheelers hot rod club was founded in San Jose, California in 1952. A group of hot rodders attending San Jose Technical High School got together and formed the club.

The member’s cars ranged from customs to street rod “hop-ups” with many of the members working on or restyling their own cars. Many of the customs came out of shops like Barris Kustoms, Gene Winfield’s, Joe Wilhelm and Joe Bailon’s. In order to “drag a club plaque” a member had to have at least three custom features or engine modifications performed to their car.

The club members participated in drag racing events held at locations such as a strip known as the Little Bonneville Strip located at the Reid Hillview Airport in San Jose. The club had a Chrysler powered 34 Ford coupe and a club dragster they would run in addition to their own cars.

The club was active until 1962 and then became inactive for many years. A chain of events in 2009 resulted in the resurrection of the Rod and Wheelers club with many of the original members participating. During weekly hot rod get-togethers in the San Jose area a group of hot rodders began discussing how important hot rod clubs are to the culture and history of hot rodding. Many fond memories where recalled about San Jose car clubs which where active back in the 50’s. These discussions included a few die-hard hot rod guys from the era who where members of the early Rod and Wheelers. This group along with a couple of local hot rod guys decided a club would be fun and a way to bring their current street rod community together. The club was restarted in 2010 and is guided by the same mission statement and set of guidelines established in 1952. The club thanks Larry Block, Joe Maniglia, Jeff Freitas and Steve Teixeira for their effort restarting our club.

Old shoe boxes where found filled with club materials including photos, original constitution and by-laws, club movies of drag racing events and other club memorabilia from the 50’s. Original club die cast plaques, jackets and other mementos were located and donated by their owners. This drove of historical items documenting the beginning days of one of the oldest active hot rod clubs is now shown on the Rod and Wheeelers web site.
​The Rod and Wheelers club thank Joe Crisafulli, Joe Maniglia and Larry Block for helping preserve the history of the club and sharing photos, images and other materials from their private collections for others to enjoy.

All Rights Reserved, permission must be obtained to use any of these items. 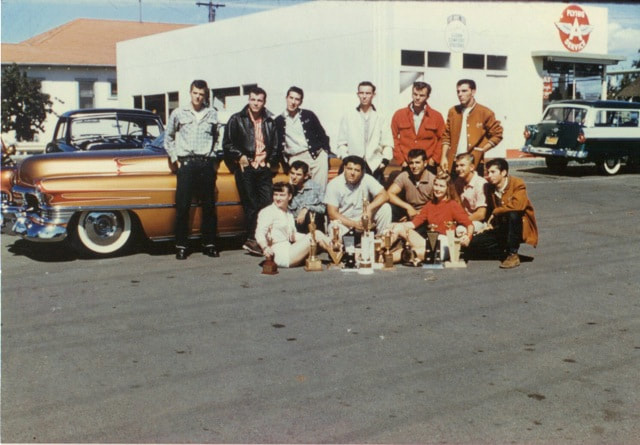 Larry Block is second from right - standing with orange jacket.
​The club was recognized by Car Craft Magazine and was awarded their second annual Car Club of the Year award in 1960. Members participated in car shows in the Northern California area and at one point had won more than 200 individual trophies. 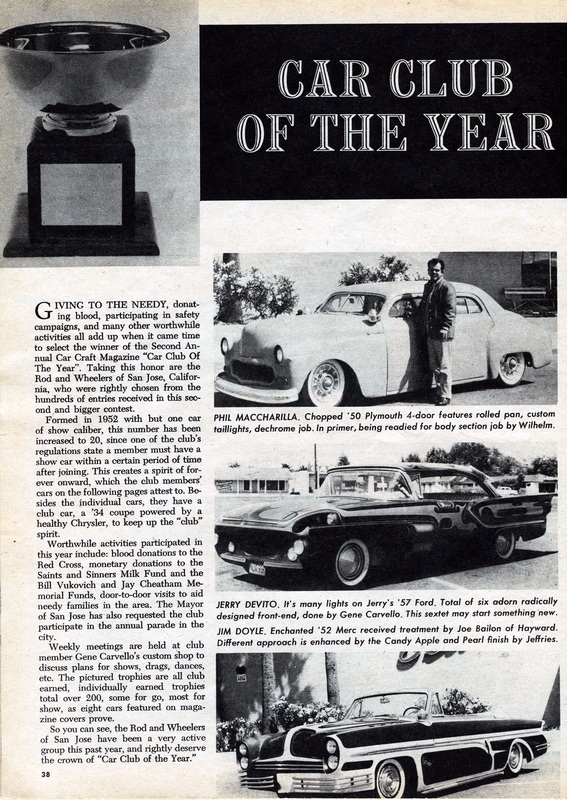 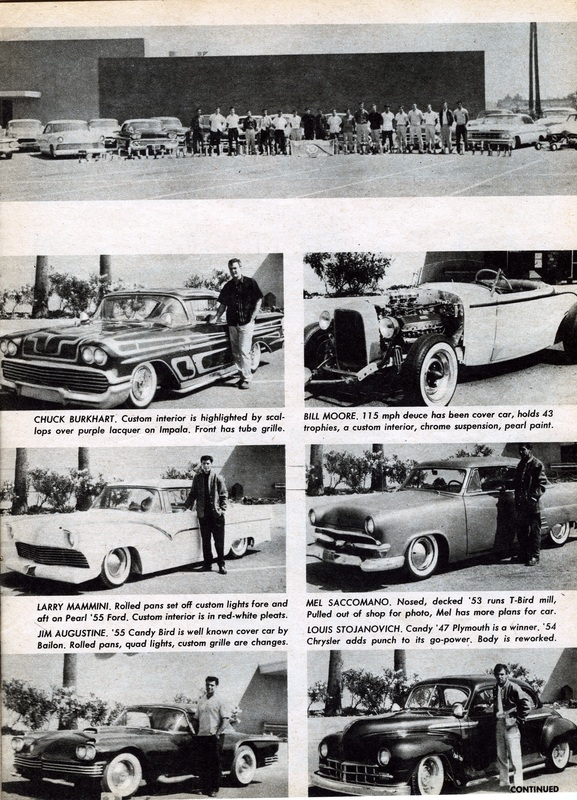 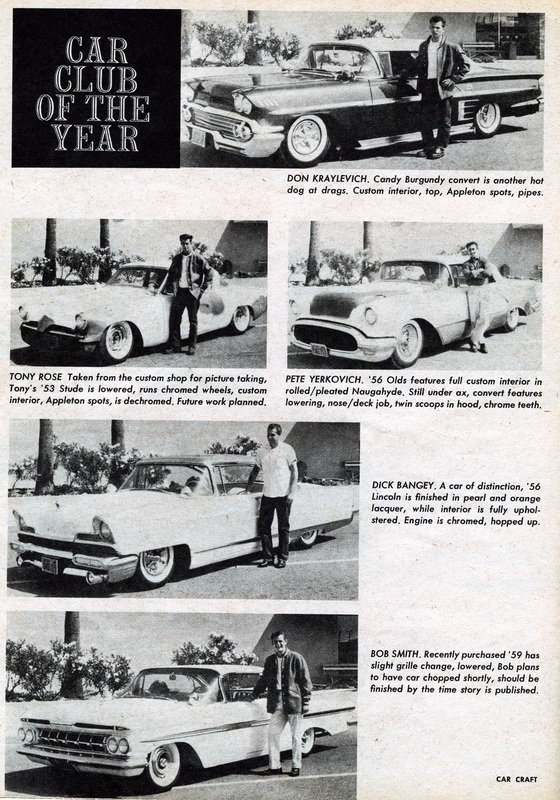 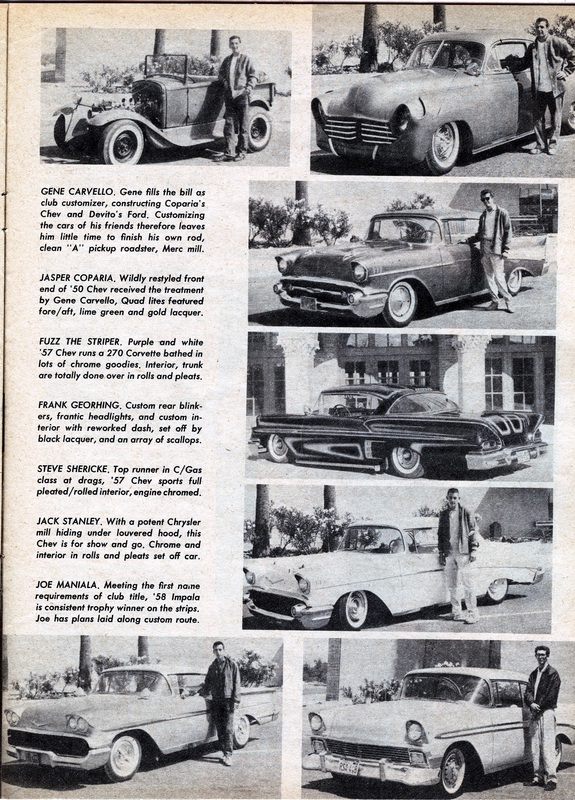 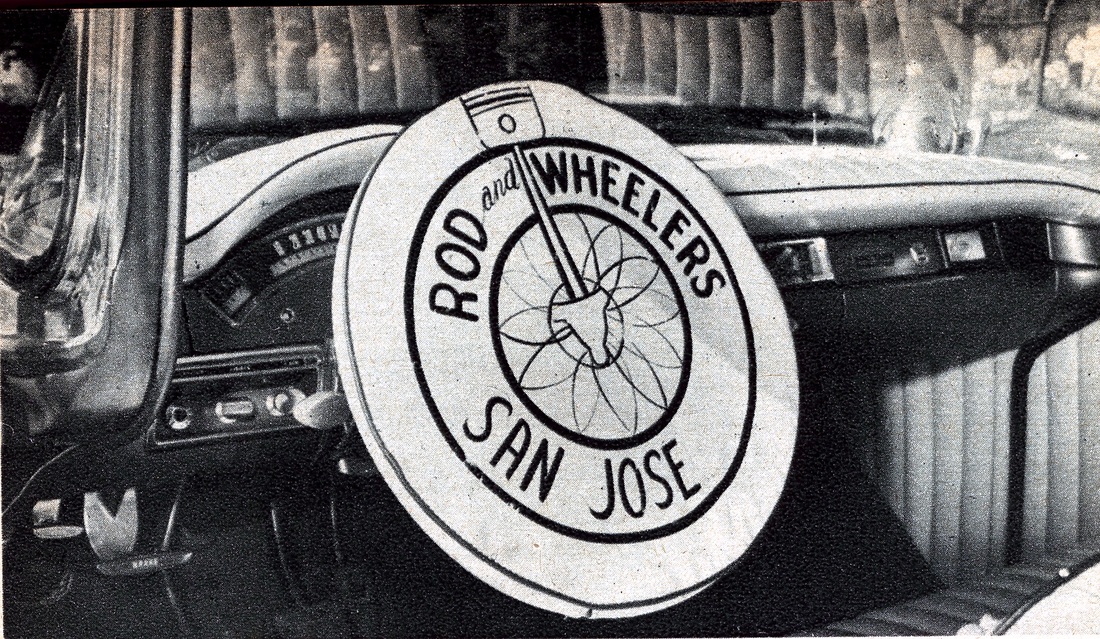 The Joe Crisafulli Scratchbook and Photo Collection
​
Joe Crisafulli is a founding member of the Rod and Wheelers. The club was formed by Joe and five other members in 1952. In order to get into the club and hang a plaque on your   car you had to have something done to your car. Custom work or engine work.
Photos courtesy of Joe Crisafulli 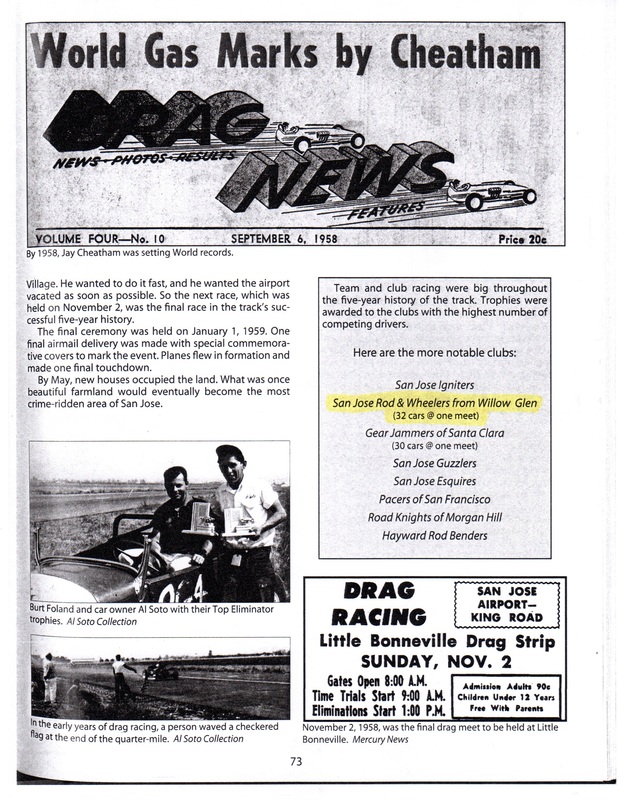 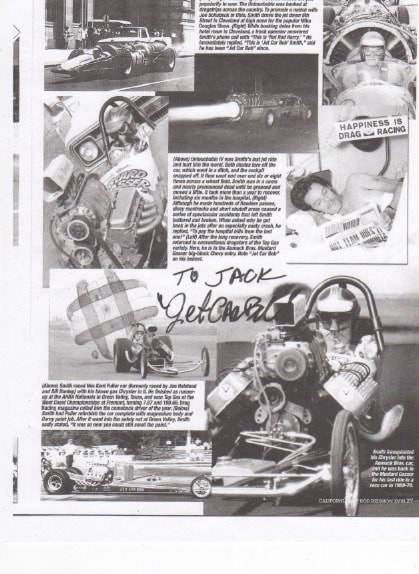